Is There a Difference Between Kratom Strains? 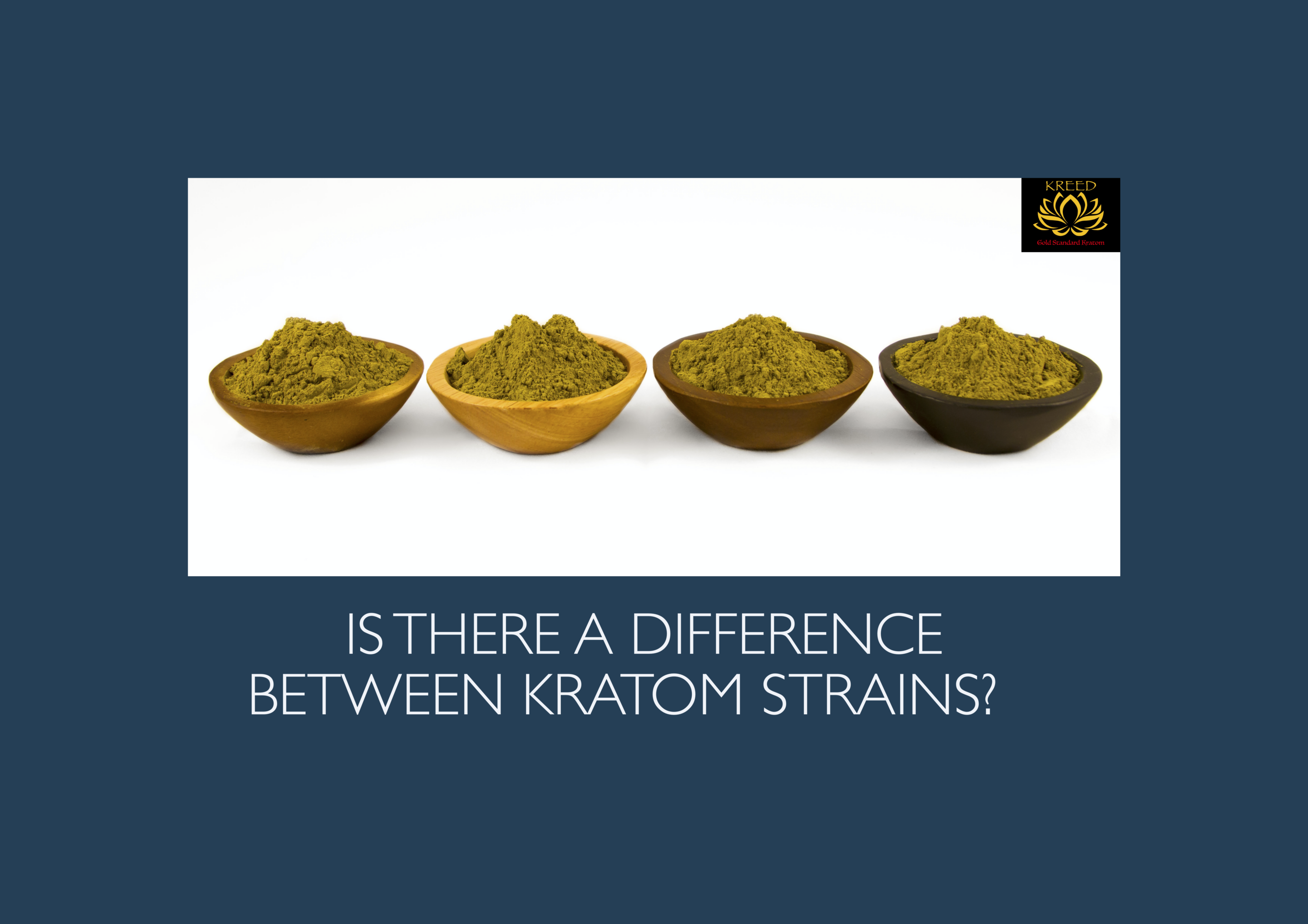 We’ve all heard about the different vein types of kratom, categorized by their color. Red, Green, and White Vein Kratom are all said to have differing effects with red veins being the most relaxing, green being in between, and whites offering the most energetic properties.

In this article we will be focusing principally on the differences between kratom strains. Bali, Maeng Da, Malay, Thai. Vein colors aside, are there really strain differences? Red Bali vs Red Malay, Green Maeng Da vs Green Bali, is it all marketing hype or is there evidence that they differ? We all know there are can be large differences in quality, but what about the alkaloids in kratom?

In the last 80-90 years, 44 alkaloids are reported to have been extracted and isolated from Mitragyna speciosa (kratom) leaves.[1] The large variety of alkaloids present in the leaf are responsible for the complex pharmacological effects of kratom.

Mitragynine is the main alkaloid in kratom extracts, comprising up to 66% of the alkaloid content in leaf extracts, however it is far from the only pharmacologically active one. 7-hydroxymitragyine, a minor component of leaf extract, is 10 times more potent than morphine and 40 times more potent than mitragynine at activating the mu-opioid receptors and inducing analgesia.[1] The main pharmacologically active alkaloids in kratom leaves are mitragynine (MG), 7-hydroxymitragynine (HMG), speciociliatine (SC), speciogynine (SG) and paynantheine (P). The potency and pharmacological effects of kratom leaf can vary quite dramatically due to variations in the proportions of alkaloids present. The variations are caused by differences in geographic origin, stage of maturity, and ecotype.[2] It has been well documented in the literature that the mitragynine content varies significantly depending on the source of the kratom leaf. The MG amount as a fraction of total alkaloids is said to range from 66% in plants of Thai origin, to 12% in plants of Malaysian origin.[3]

MG not only activates opioid receptors to produce analgesic effects, but also activates descending noradrenergic and serotonergic pathways in the spinal cord.[4] The activation of noradrenergic and serotonergic pathways may explain the energetic effects of some kratom strains. The mitragyinine content in kratom leaf required to favor energetic effects over analgesic effects is unknown, but shows how one strain could differ significantly from one another based on just the amount of mitragynine present.

A Closer Look at the Data

Table 2[2] shows the major HPLC chromatogram peaks, and the wide variety of w/w mean alkaloid percentages among the different strains. Interestingly, the P isomer at m/z=397 is found in red malay but only present in trace amounts in White Borneo and Green Malay. The MG isomer at m/z=399 also appears to be present in Red Malay, but only in trace amounts in the other strains. Corynoxine B (CB) at m/z=384, and corynoxine (C) at m/z=384 were only detectable in Red Bali.

Figure 2[2] provides another example of alkaloid variation among the strains. The height and width of each peak corresponds to the percentage of the alkaloid listed above it. Significant differences in the percentages of SG, SC, and IP (3-Isopaynantheine) alkaloids can be seen between Red Bali and Red Malay.

Figure 3[2] are the HPLC chromatograms that show the varying proportions of alkaloids in each kratom strain. The Red Bali and Red Malay samples were significantly different from the others, providing more evidence for the idea that different geography and varieties can cause significant changes in the distribution of alkaloids. New alkaloids were found in Red Malay and Red Bali, with the proposed structures being isorotundifoline (IRT) and speciofoline (SFi) at m/z=400, and mitraciliatine (MC) and speciociliatine (SC) at m/z=398.

The evidence shows that there are indeed very distinct chemical differences between kratom strains. The proportion of alkaloids can vary wildly from strain to strain, with some strains barely containing a particular alkaloid, and others being abundant in it. Other strains such as Red Malay and Red Bali contain entirely new alkaloids that are not found in the other strains. Clearly not all kratom is the same.

Such a wide variation in alkaloid distribution can be attributed to a number of factors including geographic origin, stage of maturity, and ecotype. There is no doubt that the variation in alkaloid content leads to variations in physiological effects.  The next step is to research what each variation translates to in terms of biological response. More pharmacological studies need to be done using a variety of strains to test the differences between them. Research needs to be done to analyze not only analgesic effects but effects on inflammation, energy levels, other psychological effects, and a host of other therapeutic responses that could be meaningful in medicine and the clinical world. Kratom is not a one trick pony, and the variety of alkaloids and their distribution in the leaf deserve to be studied further.

Disclaimer: This page is for general information and not to be considered as medical advice. This information is not intended to diagnose, prescribe, treat, or cure any medical condition. Kreed Botanicals and its editors do not provide medical advice.

DISCLAIMER: This product has not been approved by the U.S. Food and Drug Administration (FDA) and therefore, is not intended to diagnose, treat, cure, or prevent any disease. See Import Alert 54-15 issued by the FDA for more information.

Your cart is empty.